Looking for a fun and educational way to entertain the kids for a while? Got some extra potatoes laying around? We have the answer! The 'potato battery' or 'potato powered light' is a classic science experiment for teaching kids about the basics of electricity and how wires allow electricity to move from one place to another in a complete circuit.

You gotta love food science. And who knows? This science experiment could even get you out of a sticky situation someday. You may remember that the potato light was a life saver for Tink in the book Scaredy Bat and the Haunted Movie Set. So without further ado, let's create a potato powered light, Tink style! 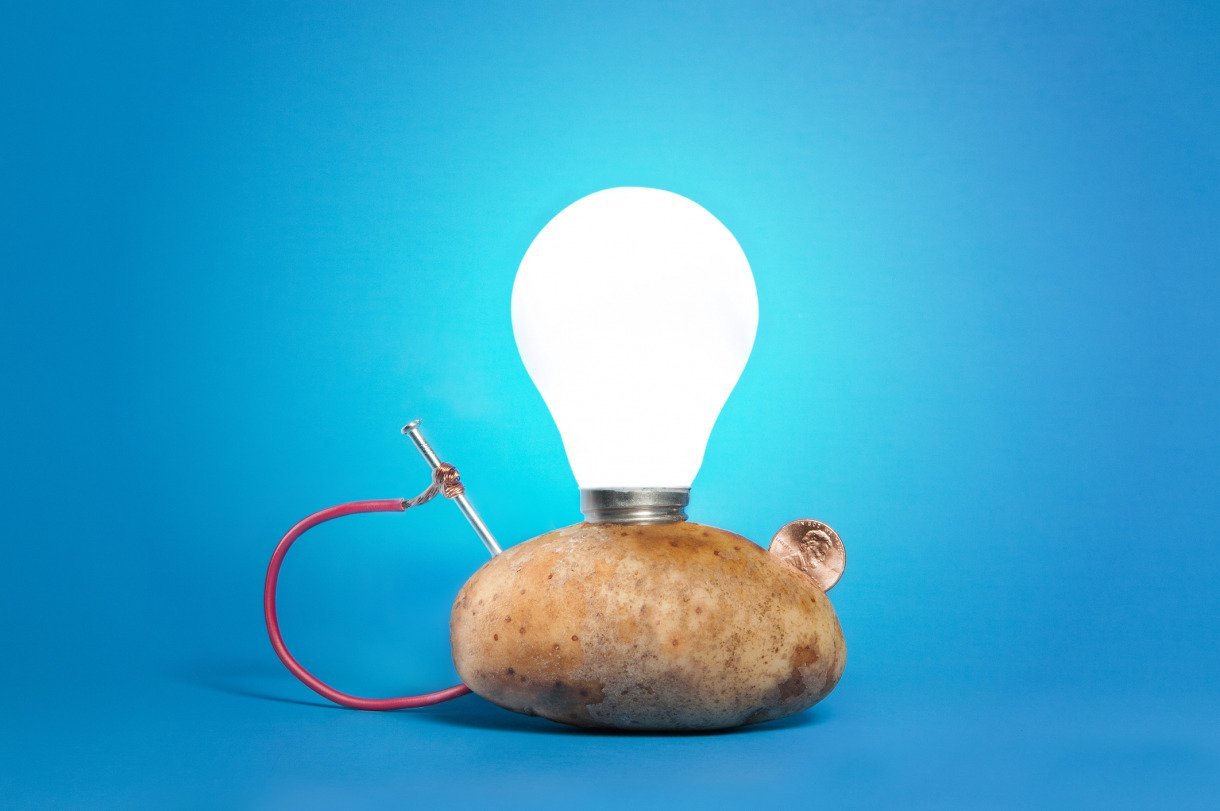 Be careful when handling the wires, because there is a small electric charge running through the wires. Hydrogen gas may also be a byproduct of the chemical reactions in the potato, so don't perform the experiment near open flames or strong sources of heat

Start with two potatoes to see if they can turn on the light. If not, then experimentation is the key...

A potato contains sugar, water and acid. Certain types of metals – especially copper and zinc – react with the potato when they are inserted inside.

The copper and zinc have chemical energy. The zinc is more reactive than the copper so it wants to take electrons from the copper. In other words, the metals become electrodes, one positive and the other negative, and electrons flow between the metals. The potato acts as an electrolyte, which means it enables the electrons to flow through it.

When the nail and pennies are connected to a potato in a circuit, the chemical energy is converted to electrical energy.

What other kinds of food might work to create a battery? Perhaps a lemon?